Your Age When Femuscle Took Your Soul

Six years old. Popeye. Never kick a woman. It was all over.

Well I know I saw female muscles in cartoons in the early to mid 90s, that probably set my brain when I was a child. Though my first real muscle women I fell for was probably Kim Chizevsky and Tina Lockwood. They were the ones that made me love the really big muscle women.

> @hedgeborn....your story doesn't sound crazy at all. I was 7 when my beautiful teacher's biceps got my full attention. I was already wired to love muscles on girls, apparently. Then there was a teacher who brought a 50 lb barbell to class and only two kids could lift it. One of the kids was a girl. This was maybe the 2nd grade? I used to scribble notes and leave them on her desk. I was in love! We're just wired this way I think. Side note: the 50 lb. Weight was lifted off the ground, not pressed or anything.

Yep, that's part of the reason I've never questioned my interest in strong girls. It's the most natural thing in the world to me. Something that definitely runs to the core of my being. It's been a part of who I am for as long as I can remember. I feel like all of us guys are born with this and it just takes something to trigger it. That first glimpse of a girl flexing or displaying impressive strength that makes your head spin and you're hooked. I couldn't change it if I wanted to.

Totally agree with you.

Wow,some on here were young! I was around 12-13 years old. Sharon Bruneu was the first.

Wow,some on here were young! I was around 12-13 years old. Sharon Bruneu was the first.

Yep, I don't think any of us went through puberty especially early, but I think this stuff runs so deep for many of us that we are in touch with it before our sexuality even develops.

Like I said earlier, I remember being super excited by arm wrestling girls and getting them to flex when I was 6 or 7 years old. It wasn't really a sexual thing for me yet of course. I had no idea why it had that effect on me, but anything relating to females and strength grabbed my total attention for a long as I can remember. Who knows why. I just know it's very much a part of who I am.

In retrospect, a pretty blonde babysitter I had as a kid could have played a role. We used to wrestle around quite a bit, it was part of our fun. While I was too young to have sexual feelings then, I definitely remember REALLY enjoying wrestling with Adrienne and looking forward to it LOL. 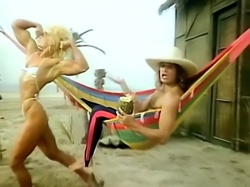 My girlfriend defeated me in armwrestling and in a squat competition at the age of 14.

6 years-old. As far as I can remember at least.

I was a kid in early elementary school when I first saw Rachel McLish in a magazine and wondered why didn't female superheroes look like her. They looked like Barbie dolls and there was no way I was going to play with one of those among my action figures; but if Wonder Woman looked like Rachel McLish, then I'd totally want that figure for my collection!

I also watched the TV show "Small Wonder" where a girl played a robot with super strength. Even though the effects looked laughably fake, to a young elementary school kid, it was very convincing, and I would look forward to anytime this show aired. Watch her "body slam" Jesse Ventura:

In High School, I saw a "Womens Physique World" Magazine at the drugstore and I couldn't help but look through it. I remember the issue, Melissa Coates was on the cover, and there was a pictorial with Colette Guimond and another woman and I felt myself breathing hard and heart pounding and I had to put the magazine down. I went back later and it was gone. I found another place to buy the magazine, and then every other month I had to look for the next issue. That magazine was extremely difficult to find, and I would go from store to store looking for it. Not many would carry the magazine, or if they did, it wouldn't be available very long. I might have been the only person buying it. Since the internet was barely getting mainstream, WPW Magazine was the only female muscle I could find not including other bodybuilding magazines, but the featured females in those mags was almost nil.

Probably my early 20s. Can’t remember exactly how but I was fascinated with muscles. I purchased bodybuilding magazines which had mostly men - thus likely why I still fantasize about male bodybuilders. I then found WPW magazines and advertisements and discovered the world of female bodybuilders. I’m an older man and the muscle fetish is as strong as ever. Somewhat hard to explain and it’s been kept a secret from others. I’m married. I’ve had two sessions with a female bodybuilder which only energized my muscle fetish. In this digital world any fetish can be pleasurable and mine is muscle.

I guess it started with American Gladiators. Probably before that when I used to watch H-Man as a 4 year old and his cousin She-Ra would come on and watched her kick ass.

I would have been young, probably under 10. There was a sports program called Wide World of Sports and they had a FBB in their main title screen. Once a month they would show a Female Bodybuilding Competition or do an interview with bodybuilders and there was always 1 woman among the men that would stand out… every Saturday I would watch the show in hope to see a muscular woman!

I was born in 1959, I am french. When I was a child or teenager , FBB did not exist or was not visible in France. Young child, under 10, I felt sexual attraction for Tarzan-like man heroes (in comics) , above all if they had big pecs (!). Quikcly, after 10, my interest came to tall or athletic girls of my age (basket ball girls team) but also to adult women legs , 30-40 y/o(mini skirts period!). Obviously, I became a fan of Wonder Woman in the late 70'. I discover the existence of female BB in 1980 or 1981 thanks to a BB french magazine (Pleine Forme) , it was a real shock for me . Now I am 63, still addicted to women muscle and/or strength, tall women, all what demonstrate a woman physical superiority to men. This is my story.

I was 18. But when I was in my early teenage years, I was fitness women that would appear in these ads that would sell fitness equipment. Also Chyna the pro wrestler

I was 12 when i stumbled upon a video in youtube of an unknown black muslce girl flexing...dont know who she was but I got hooked then...and since then not able to shake off this addiction🥲...and it looks like there will be no shortage of muscle girls in the future its getting more and more accepted.

I keep on dropping girls but new ones pop up...especially young muscle girls like tifani, kristina, luisa they are totally lovely....guess i am doomed for eternity🤗... 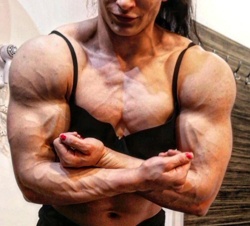 Around 10, with the covers of bodybuilding magazines, depicting girls like Sharon bruneau or Anja Screiner, early 1990's.

In the late 80s and early 90s. Ms. Olympia 93 stuck in my brain contributed to my passion. I loved Nancy Lewis

I was in my teens and my cousin wanted to be a model. She starved herself. Thankfully she realized how bad it was for her to just not eat. That was also the time it was all over the news how models were causing great harm to their bodies by being living skeletons. I thought that a woman who could eat a cheeseburger and not have a big problem was more my liking. I saw women with muscles exercising, and yet eating (mostly) normal foods. They looked fantastic to me. They weren't skeletons, and they weren't fat, but fit, trim, and strong. I was working out and building muscle at the time and I saw women doing the same, and it was like a shared experience of pushing oneself to be better. I don't want a woman that looks like a man, but I do want a woman that shows she has the discipline to make herself better. I still do, even if my soon-to-be-ex-wife only fit the drive and determination part of this. I almost got up the nerve to talk to a very fit, buff, and clearly out of my league, but she barely looked at me, so I didn't.

When I was about 12 or 13. I remember seeing this photo of Michelle Andrea in the centre of a magazine. This got my attention. 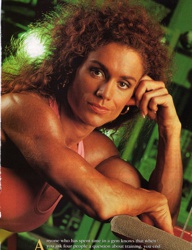 But this one with Lenda Murray was the one that really got me interested. 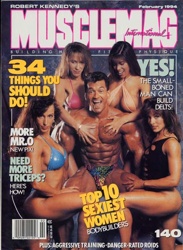 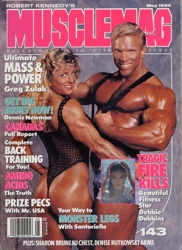 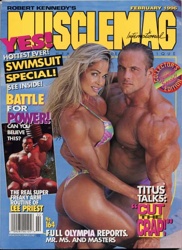 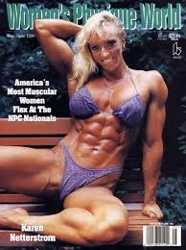 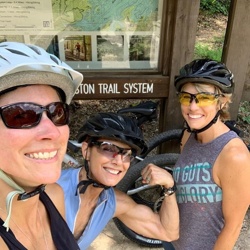 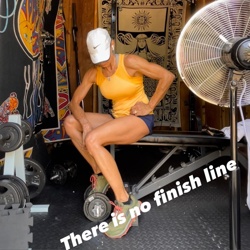 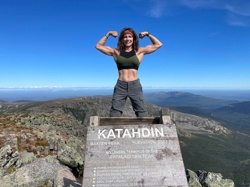 My girlfriend defeated me in armwrestling and in a squat competition at the age of 14.

For me I think it was a pretty babysitter who used to wrestle with me that initiated my interest.

Muscle Mag International,great memories!🤣 I remember the legs trembling as I walked to the counter to pay for it too!🤣😂 I was around 11-12 years old.