Your Age When Femuscle Took Your Soul

I was probably 13 or 14 years old. I remember a girl who was younger than me had big biceps for her age. She was about 10 at the time. But I was totally hooked when I saw Laura Combes on Real People. Her front double bicep pose got me totally hooked.

For most here it seems to be around 10-13. Makes sense from a biological standpoint. I was around that age too. And I've shared this before in other threads but during the early to mid 90's for me it was seeing the women on American Gladiators and also the rise of female muscle in comics and video games.

Eer.well I was a young 18 yr old and thought the surf club gym was the go..a girl cam in sloopy joe on training I noticed her she was very pretty.The guys left for lunch I went upstairs to see the ocean ..she followed...she took of her sloopyjoe and Kapow....a muscle chick with bikini..she posed looked at me ...can you help me..well I'm glad nobody else was there. It could have been embarrassing..anyhow I was a boy who became a man..fan of female muscles.

I was in the track and field high school team. My first GF was a teammate. She was fit and hard. For some reason I thought all girls were like her. Later I would join a gym and work in the industry. I didn't feel like I had a weird preference in women up until my girl had a competition tan, a sleeveless top and normal people were staring.

I can't say, not because I don't want to, but because I don't remember it was so early. I think my fascination with muscular women started before I learned about sexuality. So I was about 10 or less.

There are two particular moments that are etched into my brain, but I don't know what age was I at either. The first seeing a trapeze artist when my parents took me to the circus once. I don't recall anything else, but that I thought at the time that is the most beautiful thing I've ever seen.

The other being at my godparents house as guests and the TV was left on Eurosport and a bodybuilding competition was on. I was sitting 2 feet from the screen and wasn't even trying to hide my excitement.

Hard to say. I mean, was it the time I was watching Red Sonja at around age 8 and getting inexplicably pissed off that Brigitte Nielsen didn't look like Arnold? Was it all those SI Swimsuit commercials they used to show that I understood I should find attractive, but they did nothing for me?

Maybe when I was about 11, and I was at a friend's house watching a bodybuilding competition on ESPN or whatever. Some black chick was doing a posing routine, and she couldn't keep her top from repeatedly slipping off her titless chest. I remember thinking, "I don't hate this". Could be at the local comic book seller, thumbing through the muscle mags, and seeing an ad for photosets from Annie Rivieccio, with her BULGING pecs. I tried to tell myself that was too far (probably thinking about what my friends would say), but deep down, I knew it was only the least nature should have provided all females.

Almost 13 when I saw this magazine and my mind was blown. Never been the same. Rachel Mclish has been a favorite all my life. 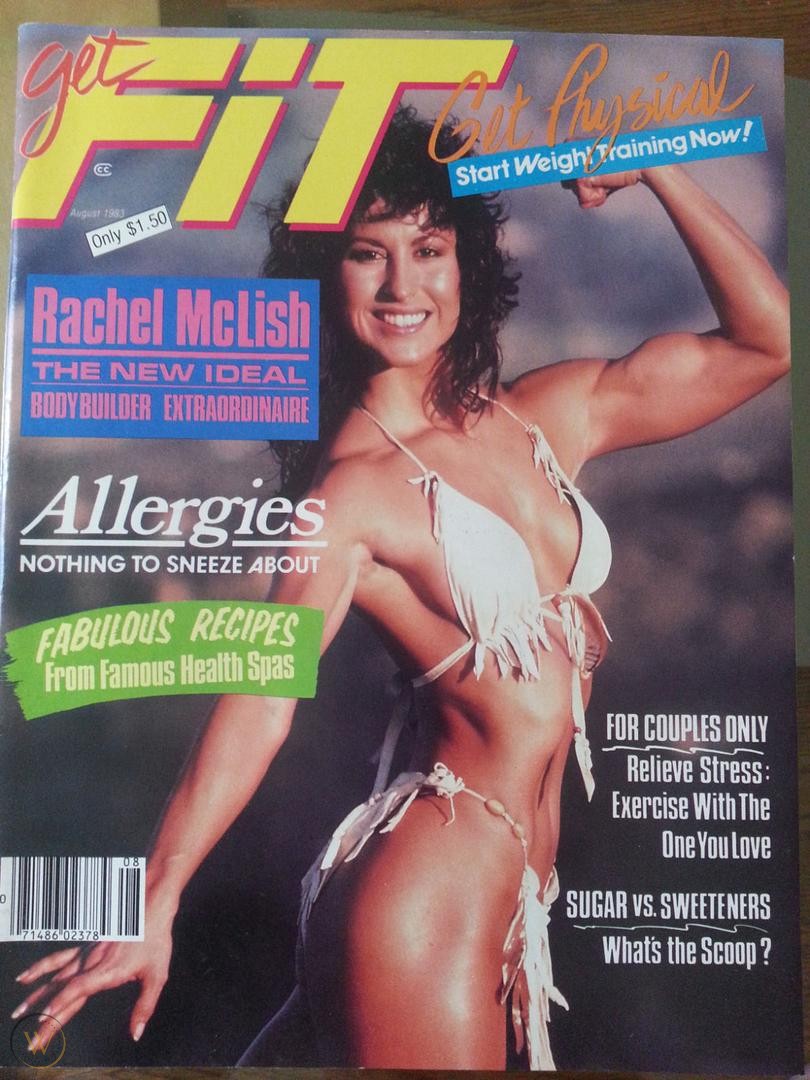 Also had a hot karate cutie in there too. 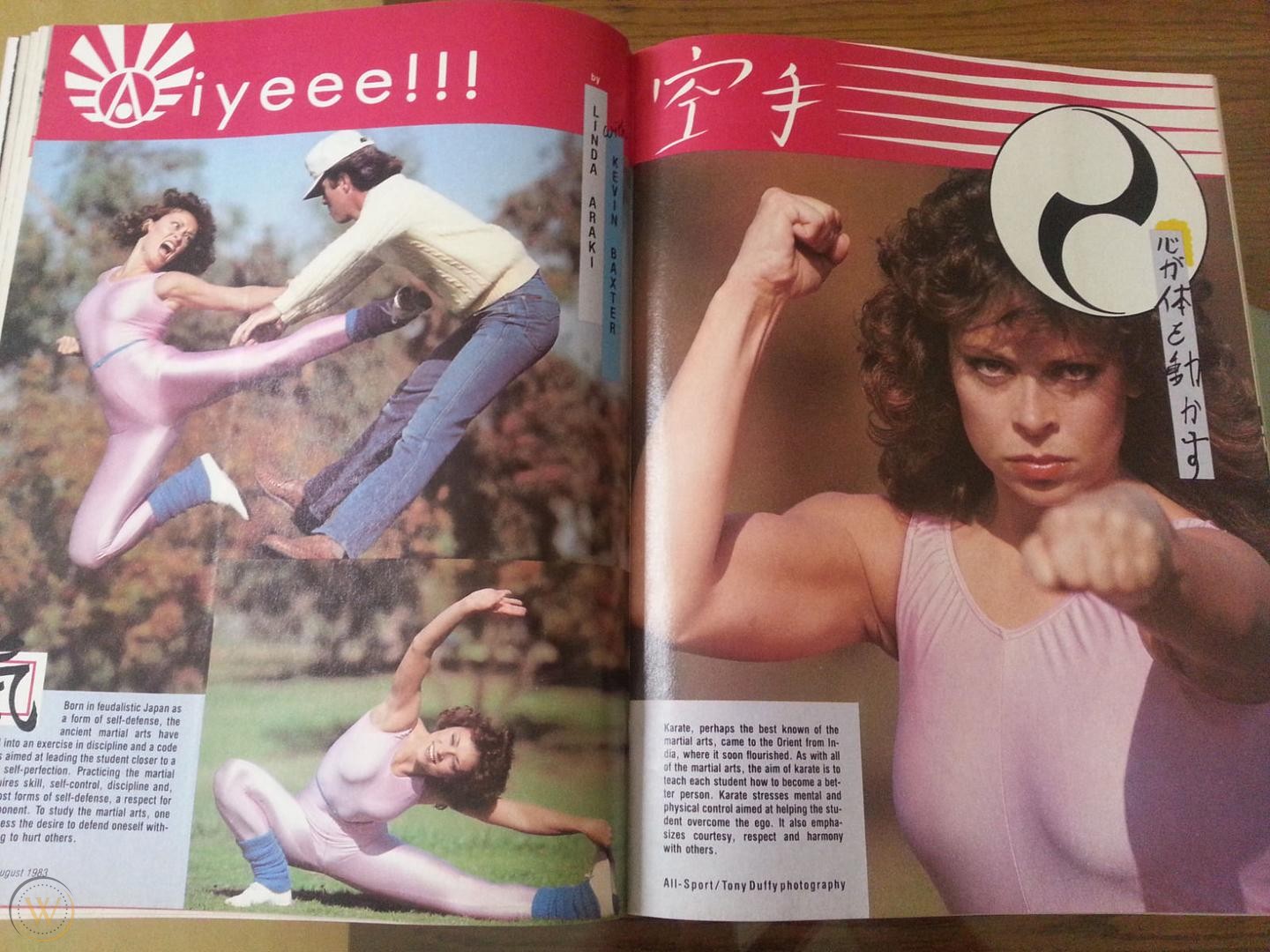 I remember being in high school and some chick was thick fit. I didn't realize she was lifting until I ran into her at an autoparts store and saw her grab a group 65 battery off an autoparts counter with one arm. I had hearts in my eyes 😂

It was around that time.

When White Castle did a cross promotion with Marvel Comics featuring some Marvel Characters, I saw a commercial showing She-Hulk.

This was the first time I ever heard of the character She-Hulk and immediately thought to myself "wait, there's a female version of the Incredible Hulk?"

I already was familiar with female versions of male superheroes (Supergirl, She-Ra) or stand alone female superheroes (Wonder Woman), but the idea of a female version of the Hulk, which I always thought was a surreal character, fascinated me. For years I would imagine why and how the character came to be within the comics (this was before the Internet). Years later I would discover how the character came to be within the Marvel comics universe, and could appreciate how Marvel tried to make She-Hulk her own character instead of just "female version of existing male character" (making her have the same personality in her Hulk form, making her be a lawyer and continuing to practice law in addition to being a superhero).

Of course, the fact that she has green skin doesn't hurt, either; thank you Orion Slave Girls from Star Trek!.

Today. It took my soul today.

Between 12-13 years old once a week my dad and i drove my mother to a doctor visit.. the doctor was a bodybuilder i think. During the therapies My dad and me are always sitted in the waiting room … there where many sorts of magazines for the waiting people…. One of them where bodybuilding magazines… i guess there where 20 of them at least… as a young boy i crapped one of them…. I looked over and after a few pages there was a double side article about female bodybuilders…. A big photo of a FBB… in my memories i think it was a bill dobbins shot with suzann kaminga… i saw that pic and i was absolute stunned… cant believe what i was seeing…. My heart began to pulsate heavy… i began to become nervous…. A little boner growed in my pants…. I was in love with that women….. from that day i was hooked on FBB…. The best time in a week was when we go to the doctor again… everytime i watched the magazines….. that was way before the internet was alive…

I was 13. I don't know if it "took my soul" but my new favorite hobby in life came to be finding some private time alone over some girl muscle pics.

i'm having a bit of a renaissance myself because i've massively shifted in the visuals of what i like and i'm looking for more of the athletic type (heather grimes, eg) and there are a TON of them now

I've always liked athletic women, but I perfectly remember that this video: https://youtu.be/oz-a-PoEk7I started my "addiction" (?)

So, yeah, Natalya Kovalyova began something that so far doesn't look like it will end. 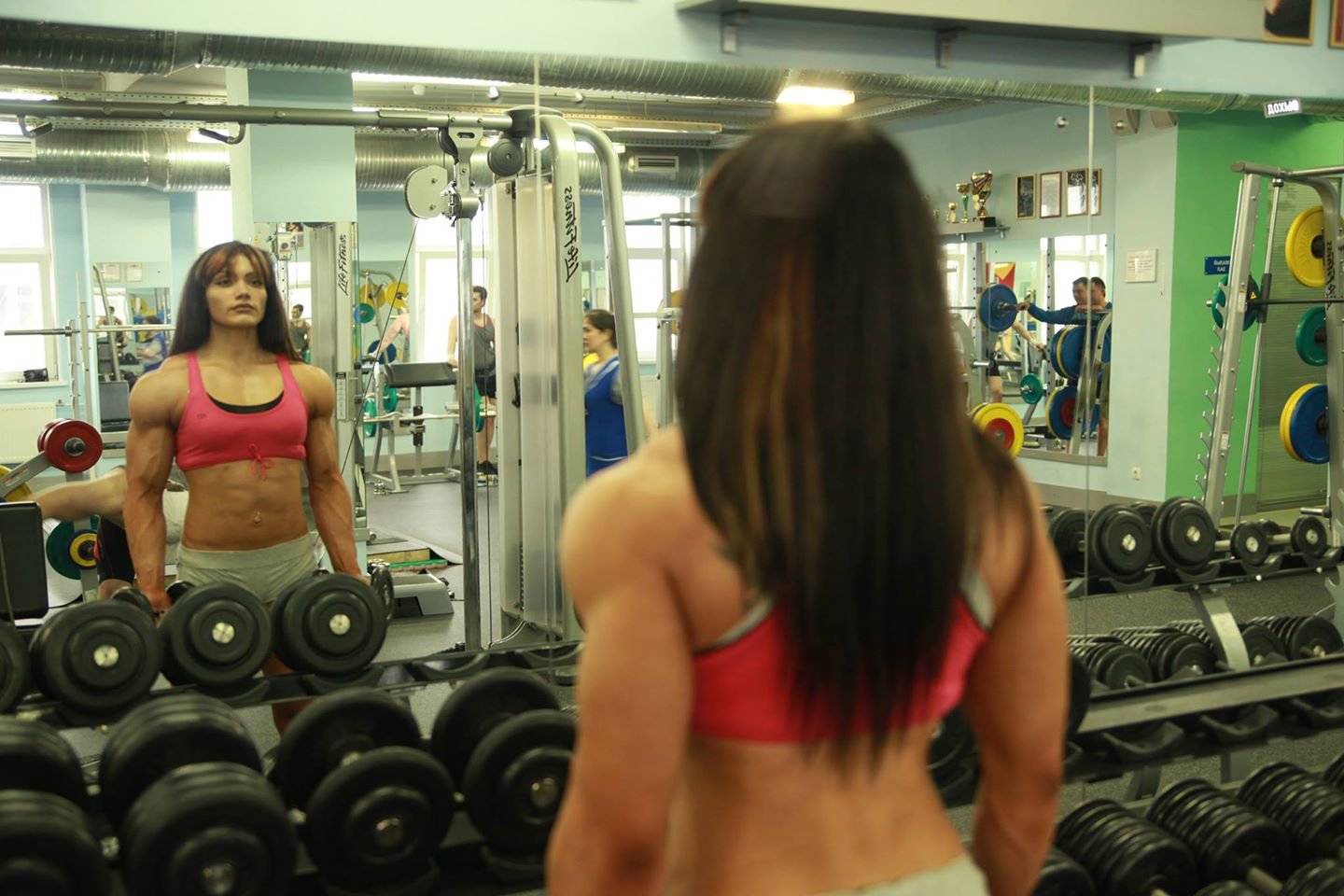 Probably 11 or 12. It’s gonna sound stupid, but there was a channel that showed nothing but infomercials, and I would always watch the ones promoting some piece of workout equipment just to see muscular women demoing them lol.

It’s gonna sound stupid, but there was a channel that showed nothing but infomercials, and I would always watch the ones promoting some piece of workout equipment just to see muscular women demoing them lol.

Nah, not stupid. I remember just a few years ago (around 2010 maybe?) when P90X and Insanity were the workout crazes, and they had a few nicely muscled women in those informercials. I distinctly remember another commercial from the early 2000's for something called Fahrenheit (a fat burning supplement) that featured Jelena Abbou in her prime. And then of course for equipment like Boflex, Nordic Track, etc.

To set a time frame, I graduated from high school in June 1981.

This was right around the time when pioneering in FBB took place- a couple years earlier perhaps with Sports Illustrated's article on the sport circa 1978 or '79 that caused an uproar while it was passed around the school bus on the way to 9 or back from a track meet.

Somehow I managed to intercept it (it belonged to a friend) and take it home for the following weekend- acting suitably shocked by what I was shown, maybe even a little grossed out by it (though I certainly wasn't!) to maintain my stupid male bravado among friends and teammates.

But even prior to this- still in high school, shows featuring female bodybuilders were featured on Real People and That's Incredible, the latter even including a story about an amazingly strong school girl who was able to pull a bus with kids on it!

Yes, at some young age, even before puberty wreaked it's torments in my young life, I remember reading the Guinness World Records book in bed late at night like it was a girly mag as I read about the strength exploits of the great Katie Sandwina as well as a few other athletes setting records in track and field. I could never explain the motivations behind it at that young age, but boy did I fantasize about women having noticeable muscles going forward even before I really could guess that bodybuilding and weight training would ever make those dreams a glorious reality one day.

One final anecdote. I was probably 8 or 9 when my mom shared over the dinnertable about a friend of hers- a fellow housewife who one day told my mom that housekeeping- moving furniture, etc, had given her muscles... whereupon SHE THEN politely rolled up her sleeves to show off the fruits of her labors! According to my mom, TWO VERY PROMINENT NATURAL BICEPS that truly stunned her.

I just remembered her story gave me what were like butterflies and I tried asking for more details, but I guess really I just had to be there to enjoy them and of course I wasn't. More's the pity!

Okay... I lied. I was also in grade school when a church sponsored family event took me to watch the amazing Harlem Globetrotters along with the family one night. The Trotters were great and as entertaining as I expected, having seen them a couple times on the old ABC Wide World of Sports TV show, but OH MY--- Half time!!! I will always wonder who she was, but... the most muscular woman I had ever seen THRILLED the crowd, doing more or less a gymnast's floor routine on the court floor, but she added feats of strength- walking on her hands, etc and MORE THAN ONCE, flashing some gorgeous biceps to the audience- obviously very proud of her unique specimens from her own hard work.

If only some geniuses could create devices to watch muscular women in all their glory whenever one wanted to... Naw! It was only the early 70s!!!😳🥰

It was Debbie Kruck featured in the frontpage of some WPW issue, at a newstand in Buenos Aires, where I live. I must have been 20 or 22. I was puzzled by my attraction, and felt somewhat embarrassed with myself. But what really caught me was seeing Lenda Murray on ESPN, aged 26, in 1994/5, can't remember exactly. Never felt embarrassed after that.

I’ll tell you this. It changed how I looked at who I wanted to date. I know online dating is a real shitshow but I only ever get likes from girls that clearly don’t value fitness and health. At least now my friends know that t It’s kind of a requirement for me

I basically researched all my workouts online, and discovered FBBs through that. The rest is history.

I was drawing muscle girl at 4. No idea why I got such interest.

First time: The next-door neighbor pinned me when I was about 4. Her name was Alfie/Alphie and she was wearing jeans. When I returned years later as a teen, she looked incredible in those jeans, but we didn't wrestle anymore. The imprint was set, however.

Last time: A strong, beautiful woman punched me in the face the other day. So, I took her to dinner.