Who would you choose to portray/ play Female Superheroes/ Action Roles in Hollywood Cinematic platforms? Share your opinions/ suggestions/ reasons for the same?

Strong female superheroes tend to come in three flavors: no muscle/normie athletic despite strength level, believably big (depending on the artist and character), and comically huge. The first one is the only category that translates well to live-action by virtue of being the easiest to cast. The third is rare and would solely be in the realm of animation so that's mainly down to finding a mocap actress. The second is where you always have the most trouble.

Look at DC's Power Girl for example. The best renditions of her have her bulky in a larger-than-life way. So there are women on this site that fit the bill, but can they act? Have their voices been wrecked by chems? It's a real conundrum: your goal is to get asses in seats and turn a profit. Do you risk turning off audiences by hiring someone that looks the part but can't act and is potentially unpleasant to listen to? Do you get someone that can act but is almost a foot shorter than the character and far too thin? Or do you just write her out of the hypothetical JSA movie entirely?

I don't think they've done justice to high strength level superheroines yet. There aren't very many on screen, come to think of it. Gal Gadot was an awful fit for Wonder Woman I feel, and She-Hulk's trailer isn't really giving me hope, especially considering how they changed Titania. As much as I hate to say it, I can't think of anyone that even can do the characters justice in all the ways that count, and that's kind of depressing. I'm just an old jaded comic nerd though. 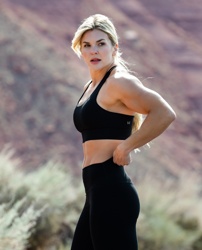 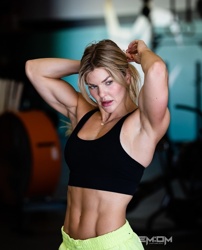 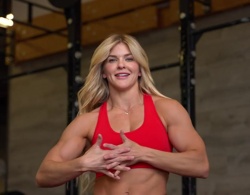 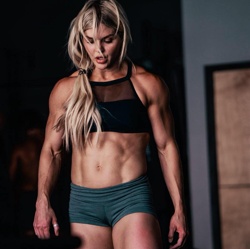 She has vlogs and minor role in Wonder Woman, so she could pull off acting too.

She has vlogs and minor role in Wonder Woman, so she could pull off acting too.

Wait, Brooke Ence was in DCEUs Wonder Woman?! Damn, which was her role? Any screencaps?

Damn, which was her role? Any screencaps?

She is in Justice League more visibly. If you watch the theatre cut you will hardly see any. But she is more visible in the Snyder Cut. She is one of the Amazons, her name starts with a P- something. She weilds a big hammer.

Wait, Brooke Ence was in DCEUs Wonder Woman?! Damn, which was her role? Any screencaps?

Her role was that of a fellow Amazon 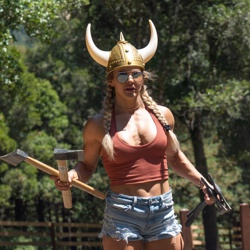 How she should have looked, but they went with.... 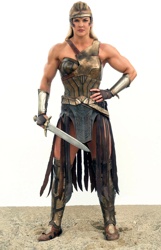 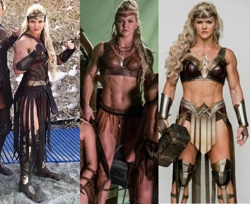 Since most bodybuilders aren't usually great actors, I'll just name them as a point of reference for body types.

For action heroines, I'd cast someone like Qimmah Russo. Like MeefChurrito said, that body type translates well, it's easier to cast, and, realistically, with enough time, an actress could almost get that big. This type of physique looks strong enough without pushing mainstream boundaries, yet conventionally attractive enough that guys would want her and girls would want to be her. And, let's be honest, this just looks way more badass. 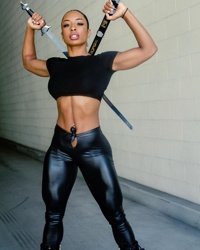 For superheroines, I'm thinking Jade Cargill and Brooke Ence. Somewhere within that ballpark. The bigger, more defined muscles help with that larger-than-life quality. And again, you're not pushing the boundaries too much in terms of how much muscle audiences find acceptable for women. But that's if we're talking about characters like Power Girl, She-Hulk, and Lady Thor. Someone like Batwoman I'd go with the Qimmah Russo physique again. Maybe even Yarishna Ayala for the strong thighs typically associated with the more acrobatic characters. 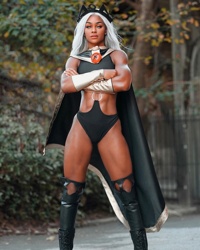 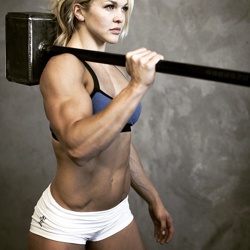 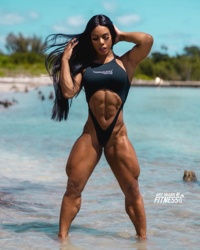 For monstresses, I agree with MeefChurrito and go mocap. Even still, CG artists tend to use reference models for those sorts of things. In which case, I'd probably go with a Margie Martin body type. She's got cartoonish shapes that still feel feminine despite her size. At that point, you're just playing with the proportions she's already got. 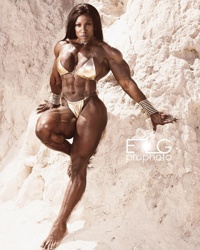 Gina Carrano was close to have a carreer, she made some progress in acting since Haywire (Sorderbergh, 2011) but she ruined it. Sad.

Gina Carrano was close to have a carreer, she made some progress in acting since Haywire (Sorderbergh, 2011) but she ruined it. Sad.

How did she ruin it?

She just landed the lead role in a big budget film a week ago.