Who would you pick to be the "face" of female bodybuilding?

I'm not sure being charged with domestic violence after attacking her boyfriend fits the criteria for being the face of anything..

Weeeeell let's just sweep that under the rug a little bit. 😅

> Would have been Dani Reardon in her prime had she stuck around longer. Apparently she's also a lovable geek being into comic books and video games. Plus with those girl next door looks and charm, she would have been super marketable.

I think the criminal stuff makes Dani an even more eligible candidate. The thing about people like Dani Reardon or Kortney Olson is that their stories are not stories that end in darkness. They are redemption stories. Kortney's book came out earlier this year - I am sure many here know about it or have read it - and it is the story of how she used to be in a horrible place (drugs, abuse, crime, pornography, self-damage, all of it) and how she dragged herself out of it. Dani's story is not so extreme, but similar - astonishing talent gets wild success at a very young age, then spirals into chaos and trouble, then after a brief hiatus, re-emerges as something entirely fresh. These are stories that go deep into the dark and then are redeemed, and the world likes nothing better than a good redemption story. I think even the gymnast Morgan Porter would count - although she doesn't seem to be at a place yet where she can talk about her dark phase.

Both Kortney and Dani enjoyed international stardom at the peaks of their respective careers - Kortney as a fetish model/athlete and Dani as a pro bodybuilder. So they were popular in the first place. Then came the fall, and then came the rise. The pattern is the same as Rocky 3.

I think these stories are documentary material. But that isn't going to happen anytime soon. But we can hope that these athletes get invited to popular podcasts (Joe Rogan's for example) and get to tell their stories. It might be a useful boost.

Anja Langer, no one else comes close. 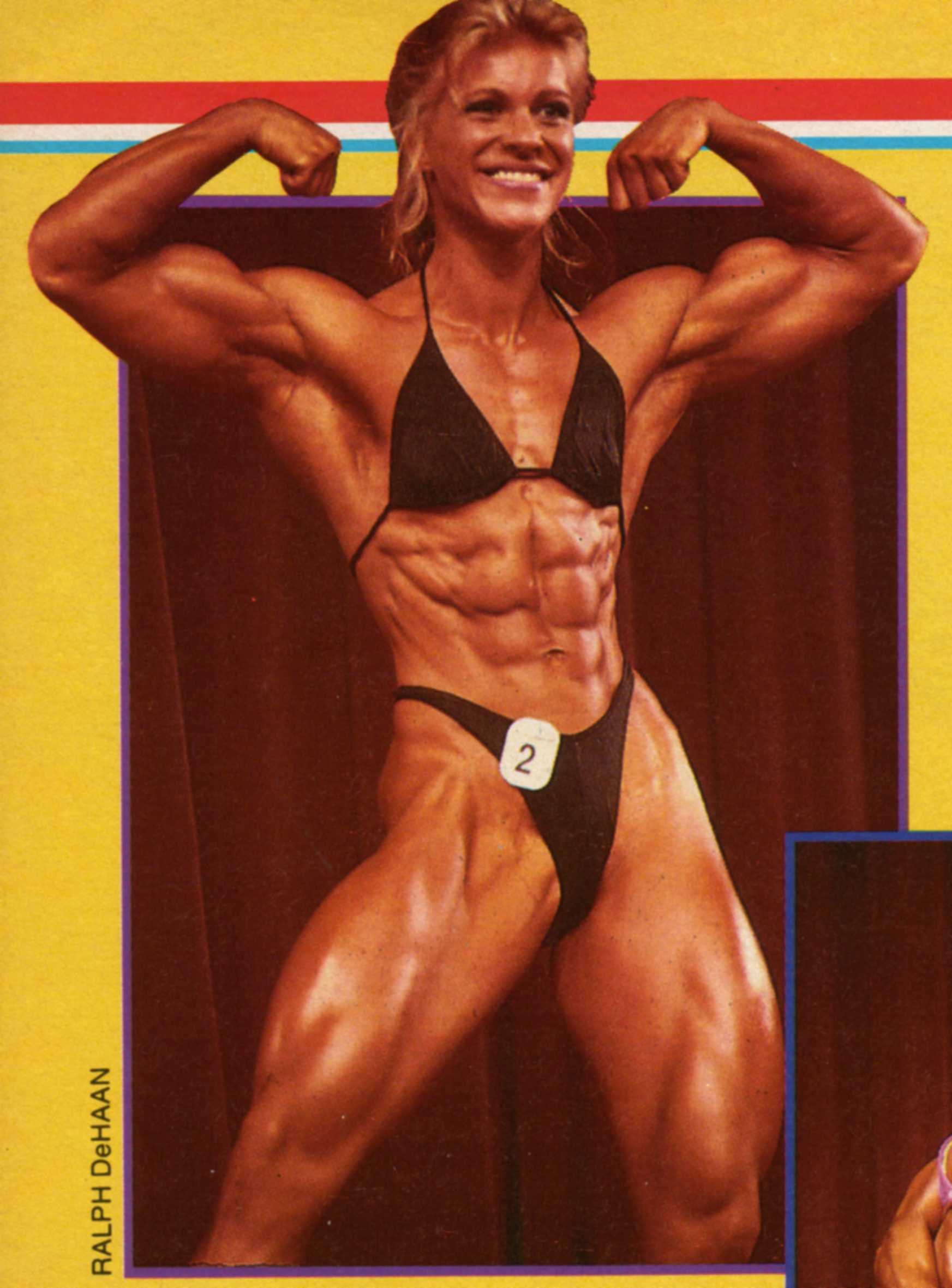 And I'm still betting that one of these days she gets back in to the sport to some degree. She likes the attention and she's good at it.

I agree. She's very committed to her vegan ideologies. So it would be extremely difficult to be a competitive bodybuilder and be able to keep up with the competition at a high level while maintaining her vegan lifestyle. I legitimately believe that's one of the reasons why she retired. That and she realized she just didn't enjoy bodybuilding anymore.

I think she won't ever be returning as a bodybuilder. Her diet, her worldview and her lifestyle have undergone a sea change. But then again, she might not need to be back as a competing athlete to bring her popularity back. Everyone still remembers her extremely well, she is still one of those names whom fans remember as someone who was deprived of what she deserved (the top place), and all her old photos and videos still draw a lot of attention (and drooling) from netizens. She just needs to come back as someone - a coach, a counsellor, a podcaster - anything. To make another Rocky reference - it may well be that she will discover her Adonis Creed somewhere out there.

I'd say someone who's not into juicing, not into the "enhancements" either, be it lips, breasts, butts, etc. (yes, this will take out a LOT of women who've got great bodies/have done TONS of work on their bodies via weight room, but, surgery.. hmm) (yah, personal bias here.. but, thinking it as NATURAL vs helped)

I'd say someone who's not into juicing

You realize that will remove like, 97% of the women on this site, yes?

AFAIK she is still coaching and offering posing, just not training that way herself. Now, I don't know how MUCH she does, since there are obviously a lot of people offering those things too from currently active names, but I'm sure she has a few clients.

I'm a big Brooke Walker homer, and she's getting the kind of treatment that Dani got--always the bridesmaid, never the bride. Her window to qualify for this year's Olympia is pretty short now. But she's got the looks and a great personality to go along with her honestly top notch physique. However, I think not having implants is a big knock against her for most (and I hope she doesn't take that route because she feels like she doesn't have the right lines to succeed in the division). She also doesn't do 19 shows a year like some competitors. She's doing it as a pescatarian too--obviously still getting animal protein but not the same as if she was eating chicken, beef, or pork, her sources are limited.

Katie Lee's window has passed, sadly. She's still muscular but not as big as she was a couple of years ago. Big in to BJJ and MMA now and will probably shrink a little bit more. She JUST got out of a two week stint in the hospital and I wonder how that will change her training.

Blakelee is a pretty good choice and has really whacky proportions. I'm very interested to see her circuit this season. I think she has two shows lined up? She's pretty, and puts in a lot of work aside from her career.

As much as I wish it was ANY of them, I'm really trying to think of who would have the combo of being a media darling + success on the stage. It's hard to gauge because so many of them have pretty large social media followings (35-50k is pretty average, all the way up to someone like Mendoza with almost 275k), but none of them have the appeal of a DLB or some of the crossfit athletes that topped 500k+.

Like, DLB could come back and do it if she wanted to. She has a bit of place in history as the first WPD winner and a huge following. Natasha Aughey could do it if she took competing seriously, but she would also have to be a little more engaging, I think.

Melissa Brodsky would be my choice--still on the come up, lots of success ahead, smoke show, amazing physique.

So the OP seems to be looking for an "icon" to be the face of female bodybuilding. I guess that's open to interpretation, but to me that would mean someone who isn't brand new to the sport, and also not someone who competed for only 3 or 4 years and has since retired (sorry Dani).

I think the best political move, whether fans think it's the best choice or not, would be to make the face someone who has a huge social media presence. And that pretty much means Yarishna Ayala. She has the largest following that I know of out of any active competitor and she's more palettable to the general public since she's not overly huge. Having said that, no she wouldn't necessarily be who I would like to be the face, but I think she would be the smart move.

There's also the glaring reality that a "face" isn't chosen anyway. I know what you mean, and it's kind of a fun hypothetical, but ultimately if you're looking "for the next Arnold" then it's just going to happen of its own volition. Like I said in my previous comment, the most likely would be Yarishna, but I was speaking from the point of view if she were to be elected by the IFBB to be their "face." But even if things were to just run their course, I think she would become the face anyway, if a face was ever to arise.

i was almost sure that Cass Martin was on her way to being the next "it", with a wide appeal. She wasn't too big, but was jacked and strong. Pretty, but not overly made up, no implants, what seemed like a nice personality (confirmed to me by a family friend).

I just saw that she got lip injections recently and maybe got implants, is not as big as she was at the time a few years ago and generally doesn't seem to be all over the place like i thought she might be.

Paige Hathaway was it for a while, idk what happened there. People were obsessed.

Someone who worships Trump as much as she does is not someone I would want as the face of the sport.

Unfortunately Brazil only, one of the top local celebs. Gracyanne Barbosa. No other woman comes close to that.

if we are talking about women's bodybuilding, the division, i would say the actual face of this era is andrea shaw. if we talk about "bodybuilding" in general, including all the divisions, idk

I would like to nominate the beautiful and sexy Stephanie Flesher as the face of Women's Bodybuilding. I really think this lady is about to take the industry by storm after moving up for WP to WBB. Alina and Lenda raved about her in a video after the Omaha Pro show and suggested she move to WBB which she did. I can't wait to see this doll bulked up!!! 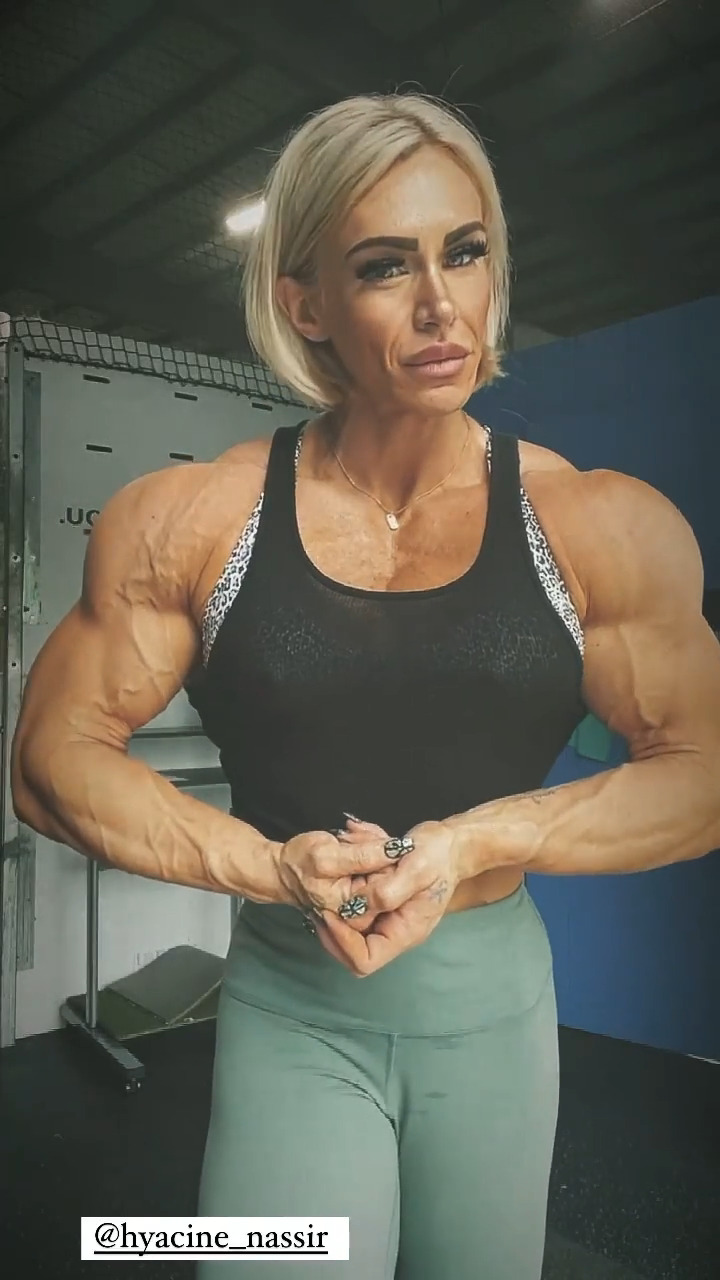 Ronnie Coleman himself is the most modern day popular bodybuilder in the male category of course but didn't get the success of what Arnold Schwarzenegger did after bodybuilding. To me the one female bodybuilder who represents bodybuilding if she went down the hardcore bodybuilding route is Kristifigure. No joke Kristi is extremely popular on this website compared to any other bodybuilder here. She has the most views, and comments. Her pics are way better than the vast female bodybuilders who do their own selfies, and have family, friends, and photographers take their picture as well. Kristi has a ton of personality, she's fun, extremely sexy, has a great body, friendly, and more in one package. If she went down the hardcore bodybuilding route she would be noticed way more than what she is now. 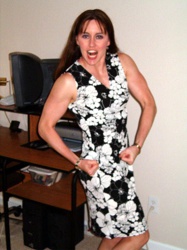 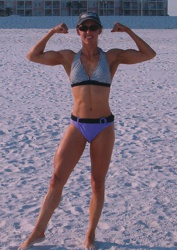 Kristi is too busy beating up Superman and conquering the world to deal with something as trival as that. :)