When merging images we try to follow the following priorities in this order:

Keep the higher resolution one. (Sometimes an image will be a blown-up version of the original, so higher resolution but not higher quality. In that case this doesn't apply)
If the images are the same resolution, keep the one that was uploaded first (has a lower image ID).

We also consider things like how the images have been cropped, e.g. if one is less cropped than the other, that one will be favored in many cases.

A less common but not unknown consideration would be how the picture was edited with regard to color balance (black/white vs. color), whether or not an original watermark is included, etc.

Basically, there can be a lot that goes into it, and many times we have to make judgment calls on images with only small differences between them.

The number of uploads you have doesn't factor into it at all.
1943722
Chainer★
Nov 09, 2019 - permalink
I just changed how merges factor into your total score and average score per upload (visible on your profile page, and in the userlist).

First, there's a visual update: On any image that has had other images merged into it, all the uploader names show up under the image. The uploader of the currently displayed version of the image always comes first.

Second, the scoring: For all merged images, the part of the score that counts towards your total is the favorites that the image got while the version you uploaded was displayed. For clarity, here's an example comparing the scoring for the old and new system:

Situation: Alice uploads an image. The image gets 300 favorites. Later, Bob uploads a higher quality version of the same image; the site staff merges the two versions, keeping Bob's. The image then gets an additional 50 favorites for a total score of 350.
Old system: Bob gets a score of 350 for the image that factors into his total score and average score per upload. Alice gets nothing; it's as if she had never uploaded the image to begin with.
New system: Alice gets a score of 300 that counts towards her total score and average score per upload. Bob gets a score of 50. (Note that the "number of uploads" count on the userlist now also includes merged images.)

I've also retroactively applied this scoring to all merges that have happened since the launch of the new site in March 2018 (we don't have the necessary merge data from before then). I'm hoping this will lessen the blowout / bad feels from having your upload "taken" by someone else while still rewarding you for finding higher quality versions of existing uploads.
1943723
cgsweat★
Nov 10, 2019 - permalink
It's a very diplomatic solution, seems fair.

The only concern I have is that users who acquired a high scoring post have nothing stopping them from deleting it.  They might take a small hit in their total score but it would, in many cases, boost their average back up.  Meanwhile it would severely hurt the original uploader's score.

A possible solution would be to disable the delete button on posts older than 24 hours.  Just a thought.
1943724
Chainer★
Nov 10, 2019 - permalink
A possible solution to that could be that if the new "owner" of a merged image deletes it, then the image goes back to whomever it was merged from. Could get tricky if there are several images merged into it.

Could also disable the delete button on merged images like you're suggesting.

Could make it so everyone gets the full score of the resulting merged image.

Could deal with this on a case-by-case basis if we see any particular users do this a lot.

Alternatively we could just remove the total/average score from being displayed anywhere if people try to game the system so they no longer have an incentive to do that.
1943725
cgsweat★
Nov 10, 2019 - permalink
Great ideas, although your last one about removing the scores altogether got me thinking...

What if the scores only applied to posts?  No more total user score or average per upload because as you've stated, people could "game" it to their benefit anyway.  Instead, there could be a separate user score (or rating) based on how other users would rate them.  Maybe a 1-10 scale?  And perhaps a comment section on user pages to make it feel like more of a community.  And users would still have upload credit of course, but none of the drama attached with having that score applied to them.

A further thought on this is to attach a total score to a girl's name.  The total score of all posts that she's tagged in.  You could even go further as to add average score per post and total posts in her name as well.  But that's all up to you.
1943726
Chainer★
Nov 10, 2019 - permalink

Instead, there could be a separate user score (or rating) based on how other users would rate them.  Maybe a 1-10 scale?

That's an interesting idea that I wouldn't have thought of, but goddamn would it create a ton of drama. People get offended now when their images are merged away; imagine how it would be if someone rated them a 1.

And perhaps a comment section on user pages to make it feel like more of a community.

Not sure if you were around for it but this used to actually be the case on the site a very long time ago. Instead of private messaging, each user had a public message thread on their profile page. The main use case for this was basically "private" messages between users that just happened to be readable by everyone. Eventually I made the thread private and no one seems to have missed the public version since then. So I'm not sure there's a use case for that.

A further thought on this is to attach a total score to a girl's name.  The total score of all posts that she's tagged in.  You could even go further as to add average score per post and total posts in her name as well.  But that's all up to you.

This kind of a leaderboard could be done. My worry is that it would be very static over time; in other words, interesting the first time you see it and then never again, really. Maybe it could be a post/summary that's published once a month or so somewhere.

I did actually try having a leaderboard that tallied up women's score (or comments, can't remember) over the past week that I displayed on the front page for some time. It was called "Now Trending" I think. It seemed like no one really cared about it when it was there, and when I took it down, no one cared about that either. I think this is because everyone already implicitly knows who's "trending" recently from seeing their pictures all the time, so it is redundant to have the info in list form.
1943727
cgsweat★
Nov 10, 2019 - permalink
Sorry, I wasn't suggesting a leaderboard, just a way of displaying that information when you search their name.  But I was thinking that it would go better only if in conjunction with the other suggestion, and that was having scores apply to posts only and not factor into user scores.

After reading your reply, however, I like the idea of the full merge score going to both users.  That way no one gets "the short end of the stick."  This way the original uploader suffers no ill will, and still gets credit for the post under your updated system, and the uploader who posted the updated version can also benefit from their work of maintaining quality posts on the site (i.e. searching for low quality posts and taking the time to find better versions).  Naturally the most popular posts (with the highest score) will be sought after first, so it would only make sense to keep that incentive for people to want to find the best quality versions of those posts.  Otherwise that incentive is lost if they only stand to gain (in some cases) only 3 points to their total score.

The only thing is: I don't see the pictures that were merged on my profile page anymore, and you can't find them with the advanced search when you use my username. Like this one, for example: 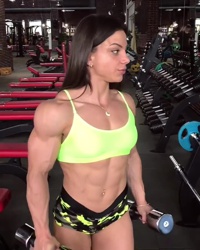 I just tried the easy way of doing it, but unfortunately it creates an unacceptable performance hit. Whenever you try to list a user's images it now takes ~2.5 seconds instead of the current 0.05-0.5s. There are definitely ways to optimize this, though, it would just take longer to set up.

The other problem you run into is that an image is still tied to a particular user. This means that the user whose name comes first on the image page is considered to be the owner of the image. In the case where you upload an image that gets merged into someone else's higher quality version, with this modified approach the image would show up on your profile but if you click through, you wouldn't be able to delete it (since you're technically not the owner).

Although now that I think about it, that could be fixed by letting any uploader of the merged group delete the image. But if we go this route, there's probably other logic all over the site that assumes an image has one particular owner, as this is a very fundamental assumption in the codebase, and all of these would have to be updated for the sake of consistency. Many of these could be hard to find and would lead to lingering bugs until they are found and fixed.

Can someone explain why my last upload of Ashley Soden was merged and given to someone who uploaded it after me?

-edit, I guess CaptainCharisma gets special privileges. His top posts history says it all

Because that one was uploaded earlier than yours, it was just in the image queue for staff approval. You can tell because it has a lower ID.

-edit, I guess CaptainCharisma gets special privileges. His top posts history says it all

This is kind of funny because you managed to pick the user who complains to the staff more than anyone else, accusing us of treating his uploads unfairly.

It's nice when something gets done

My images disappear a lot from my uploads and i'm the first poster, so is someone just merging them wrong? and making me the one that uploaded the duplicate image that already exists?

In your case it was because the selected image was larger and higher quality.